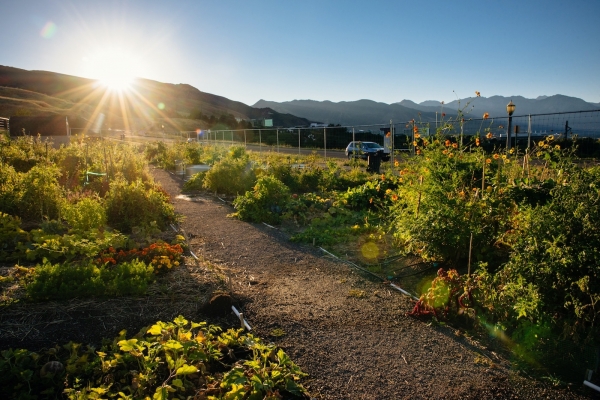 In 2013, Salt Lake City announced it had set aside space in several city parks for community garden use. One of those sites was a park in the Avenues area of Salt Lake City, just north of Shriners Hospital for Children. Through the efforts of the Avenues Community Council and Wasatch Community Gardens, Popperton Plots was born! Under the guidance of Wasatch Community Gardens, including valuable trainings, relationships with suppliers, and grant funds from Salt Lake City, Slow Food Utah and others, a committee of growers was formed, a consensus-based decision making process was adopted, and we now have two years of growing accomplished. Popperton Plots has close to forty plots, including four raised-bed ADA plots, and the good thing is we still have room to expand! Apply for a plot and become part of a great garden and group of gardeners.