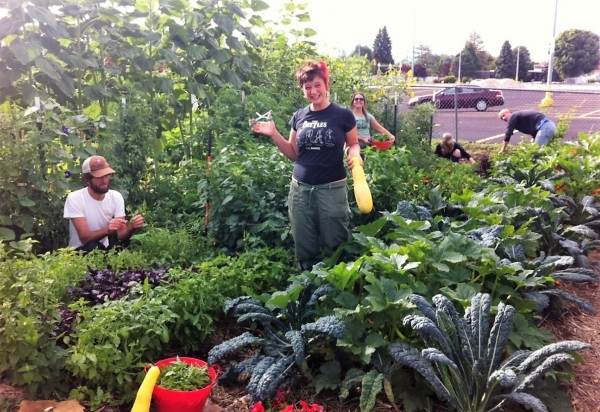 Fairpark Community Garden is a haven in the middle of a highly diverse part of Salt Lake City. It is a growing, learning, caring community of like-minded people.

The site of the Fairpark Garden had been previously surfaced with road base and gravel, and used as a State Fair parking lot up until 1993. After getting permission from the City to convert the site into a garden, staff rented a D-8 bulldozer with hydraulic rippers to break up the ground over the entire area to a depth of three feet. Salt Lake City put up the fence, and cultivation began.

More in this category: « Gateway Community Garden Grateful Tomato Garden »
back to top