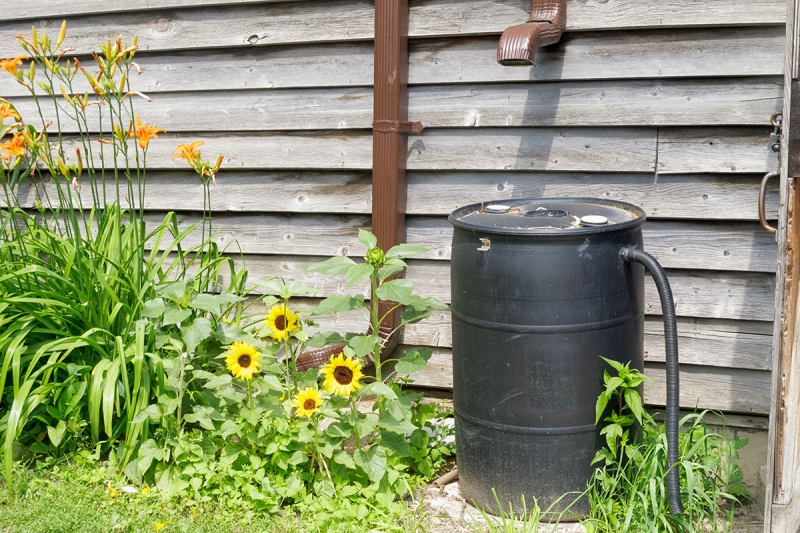 What is Rainwater Harvesting?

Rainwater harvesting is an ancient practice of catching and holding rain for later use. In a rainwater harvesting system, rain is gathered from a building rooftop or other source and is held in large containers for future use, such as watering gardens or washing cars. This practice reduces the demand on water resources and is excellent during times of drought.

Why is it Important?

Here’s why: the success of the 1972 Clean Water Act has meant that the greatest threat to Salt Lake’s waterbodies comes not from industrial sources, but rather through the small actions we all make in our daily lives. For example, in a rain storm, the oil, pesticides, animal waste, and litter from our lawns, sidewalks, driveways, and streets are washed down into our sewers. This is called non-point source (NPS) pollution because the pollutants come from too many sources to be identified. Rainwater harvesting diverts water from becoming polluted stormwater; instead, this captured rainwater may be used to irrigate gardens near where it falls.

Q: Is your barrel or cistern connected to your drip system?

No. Our drip system requires more water pressure than a simple barrel or above-ground cistern could provide with gravity alone. Even if a pump were used to increase the pressure, the cistern does not hold enough water. Instead, we use the cisterns in our garden for hand-watering, which is necessary to supplement the drip system during the first couple of weeks after planting a new crop. Hand watering can be accomplished by filling up watering cans, or attaching a hose. (As long as the water level in the cistern is above the level of the hose, water will continue to flow out of the cistern.)

Q: Can you really fill that huge cistern with the rainfall in Utah?

Yes! You may be surprised at the amount of water that can add up from one inch of rain! One inch of water falling on 1500 square feet is 935 gallons of water! No rainwater harvesting system will catch 100 percent of the rain that falls on a rooftop; an 80% rate of efficiency is standard. From March through October, Salt Lake City receives an average rainfall of 11 inches. So that means that in an average year, the cistern can be filled at least 7 times over the course of the growing season.

Q: Do you collect snowmelt in the winter?

No, for the most part. Our cistern is not freeze-proof, so we drain it at the end of October and divert snowmelt away during the coldest months. In March or April it goes back "online."

Q: What about debris (leaves, gravel, sticks) that get washed into the harvesting system?

The downspouts don't have any grates or sieves because they would get clogged up too quickly. Once a year, when the cistern is still empty, we jump down the manhole (or personhole) of the cistern and shovel out any accumulated debris.

Q: What about algae growth inside the cistern?

Algae requires light to grow, so we use an opaque cistern to store the water. This reduces the amount of algae growth. In our white (somewhat translucent) rainbarrels at the Fairpark Garden, we try to use the water up before algae starts to grow, or as a last resort you can add a few drops of chlorine.

Q: Is the water safe for plants?

Yes. We often get questions about the materials on the roof, and whether they pose a problem for water quality. Because the roof that feeds the 4th East cistern is tar and gravel, there is the issue of the presence of polycyclic aromatic hydrocarbons (PAHs) - a group of chemicals that are formed during the incomplete burning of carbon-containing fuels such as wood, coal, diesel, oil and gas, fat (e.g.,charbroiled meat), or tobacco. Most PAHs do not dissolve easily in water. They stick to solid particles and settle to the bottoms of lakes or rivers. Because there may be some amounts of PAH in the water that flows over the roof and into the cistern, it is not considered safe for drinking. However, it is still considered safe for our irrigation uses.

Published in Organic Gardening
Tagged under