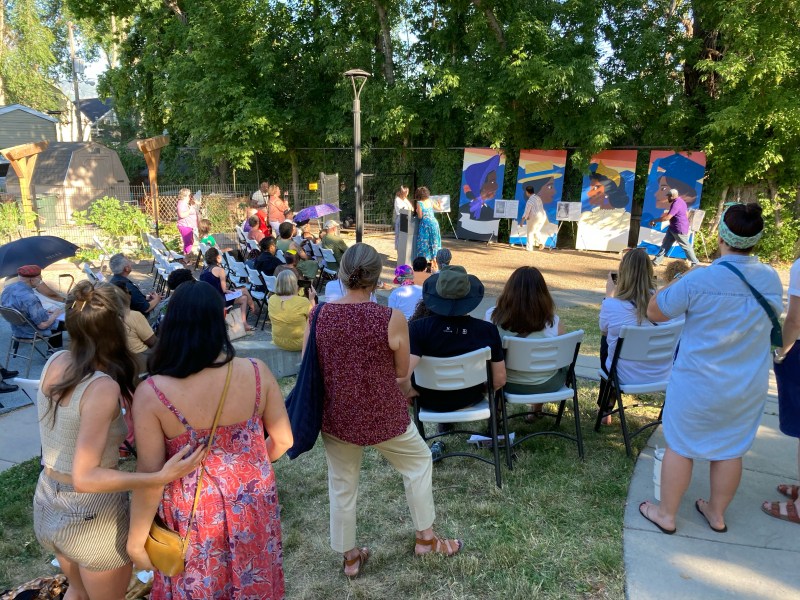 "Four prominent Black women separated by time will be brought together in a neighborhood where each once lived and worked.

A new mural featuring Jane Manning James, Elizabeth Taylor, Elnora Dudley and Mignon Barker Richmond was unveiled at Richmond Park, 444 E. 600 South in Salt Lake City, on Monday. The mural will be installed in the community garden at the park once completed. The unveiling of the mural was among one of the final events in Utah's Juneteenth celebrations.

The mural — which features the namesake of Richmond Park — represents a recognition of Black women's contributions to Utah."

Click here to read the entirety of the article from Deseret News.

More in this category: « Join Us Saturday, June 25 - Wasatch Community Gardens' Campus Grand Opening The Return of the Grow. Eat. Repeat Fundraising Breakfast »
back to top